Thomas Mann’s grand piano in the “White House of Exile” 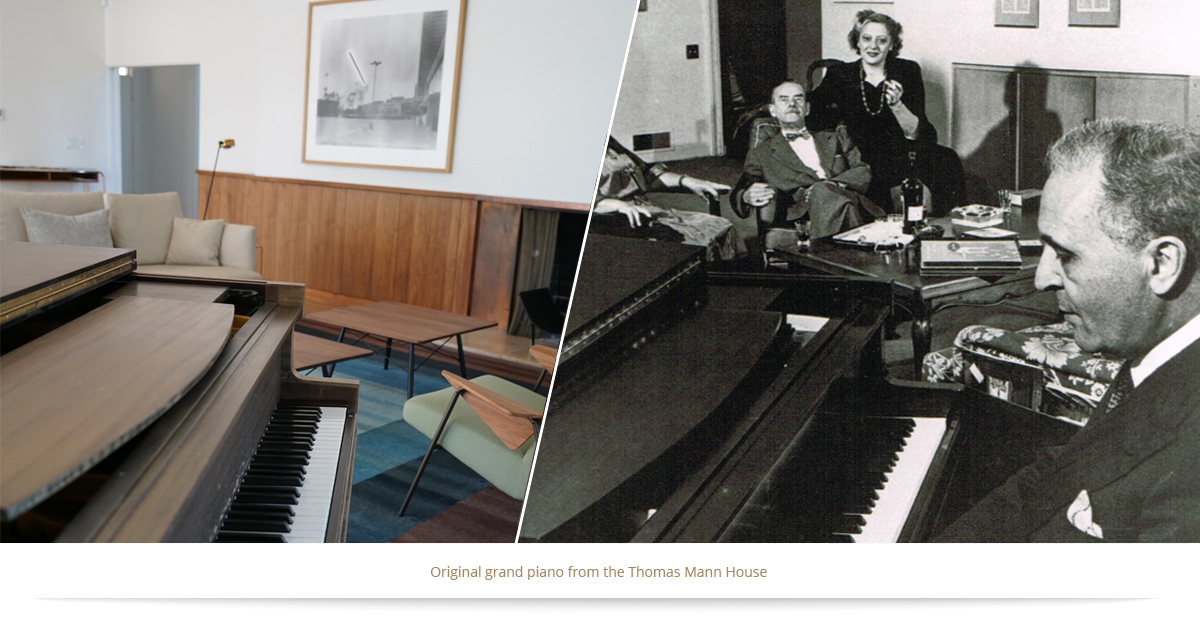 Thomas Mann’s grand piano in the
“White House of Exile”

In spring 1944, when the victorious end of the war became foreseeable and a first inner detention began to spread within my family, my grandfather instructed my parents to find a grand piano for him in San Francisco. The baby grand piano, made by Wheelock in New York, came to the house in April, where it found its permanent position in the living room. There it stood until my grandparent’s reimmigration to Europe in 1952, and there, some weeks ago, it resumed its old place from new. I like to call it the “Faustus” grand because it accompanied almost the entire creation of the musician’s novel, and T. W. Adorno certainly elaborated his “Philosophy of New Music” partly on this instrument. 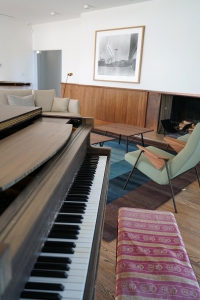 There are conspicuously many entries on piano and chamber music soirées hosted with this piano in Thomas Mann’s diary from summer 1944 on. The historical photo of this grand piano, shot in 1946 and visible above on the right side of the picture, shows Thomas Mann with his wife Katia and conductor Bruno Walter, who was his close friend from the old Munich days. Thomas Mann himself enjoyed improvising on it occasionally in a Wagnerian style, as he stated himself.

When Thomas Mann moved to his last address in Kilchberg near Zurich Lake in spring 1954, the grand piano came along with a number of other important pieces of furniture from Pacific Palisades and was also made use of for the musical framing of the Kilchberg house warming party. From the last years of the fifties on, staying at the very same place, I experienced my entire musical education at the Zurich Conservatory on it. It finally came to Germany after my grandmother’s death, where I kept it, over several changes of residence and two general overhauls, with me in Munich until recently.

I gave back this historically iconic and likewise forward-looking Instrument to the German government as a present and hence back into its original home. I did this out of gratitude for the purchase of Thomas Mann’s former house of exile by the German government and its rededication as a venue of transatlantic encounters – and also on behalf of my grandfather, I suppose.