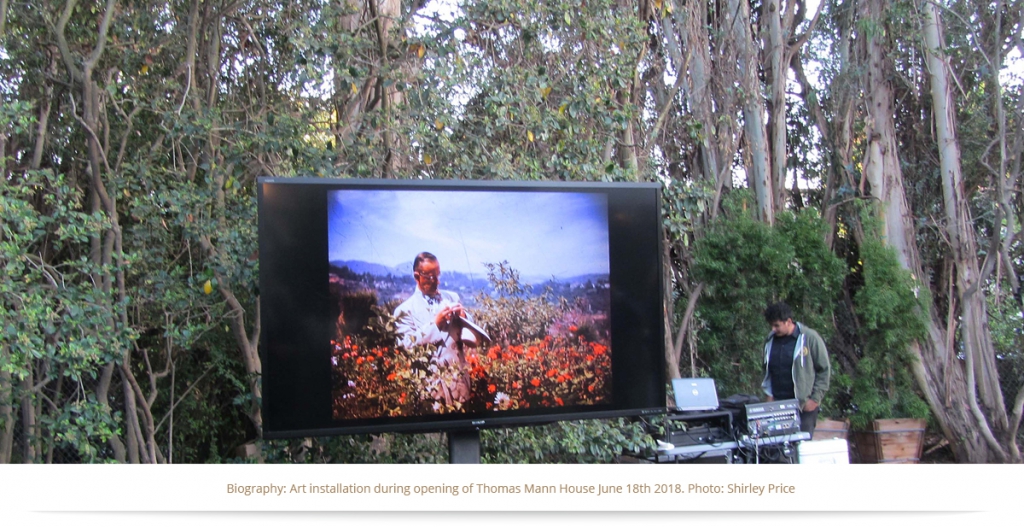 I was born 1940 in California, the exile country of the family Mann – a family of writers – and moved to Germany after WW II. I successfully completed my degree in Music in Zurich and at the Conservatorio di Santa Cecilia in Rome, Italy. Subsequently I added a degree in Catholic Theology and Psychology in Munich and Münster in Germany.

I had my first professional positions at a psychiatric hospital and at several universities in Germany and Prague (Tzech Republic), where I pursued an academic career. My literary debut “Professor Parsifal” appeared 1985, followed by “Der Infant” (1992). The play “Terezín” (1994) premiered under George Tabori at the Akademietheater in Vienna and ran prize-winning in Zurich (Switzerland). “Brasa” (1999) was the first tome of an intercultural series of novels. At the same era I began to make efforts to found an international cultural center in Paraty (Brazil), the birth place of my grandmother Julia.

After seven novels I published my autobiography “Achterbahn” (2008), followed by “Mein Nidden” (2012). After that I opened new perspectives with the statement “Das Versagen der Religion” (2013), the commitment “An die Musik” (2014/15) and the cooperational work with my wife Christine Mann “Es werde Licht. Die Einheit von Geist und Materie in der Quantenphysik” (2017).

The multimedia project “Flood” with music by Vladimir Tarasov had its world premiere 2009 in Vilnius, Europe’s cultural capital in this year. Short time before the reelection of Barack Obama as president of the United states in 2012 the musical piece “President Jekyll” (director Martina Veh, music by Christoph Reiserer) world premiered at the America House in Munich.

Since 2017 I’m Honorary Fellow of the Thomas Mann House in Pacific Palisades. The house, which was purchased and rededicated as a transatlantic cultural center by the German government in 2016, was the exile home of Thomas Mann and thus my grandparent’s house until I was nine years old. In June 2018 the new Thomas Mann House was opened in the presence of German Bundespräsident Mr. Steinmeier. The first result of my efforts for this great project of the German government is my book “Das Weiße Haus des Exils” (2018).