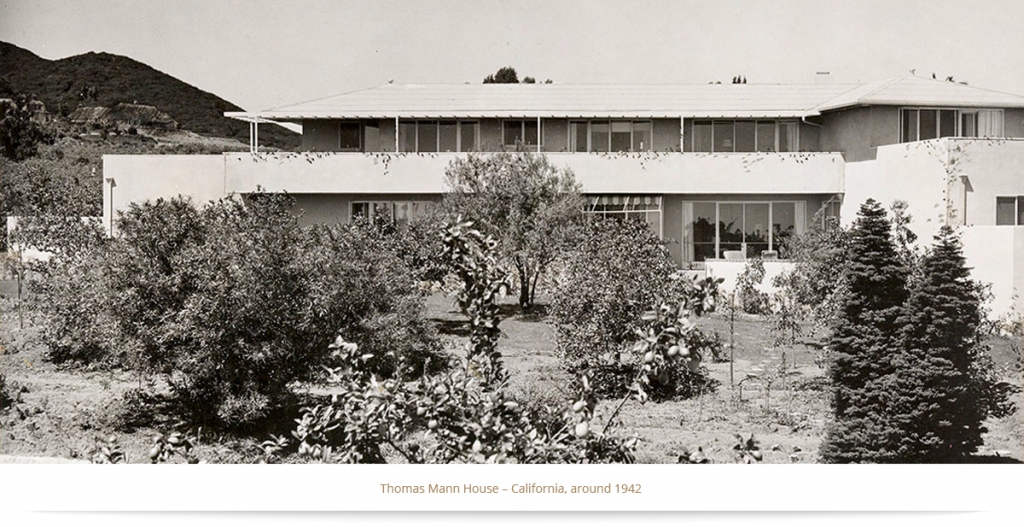 Welcome to my page

Other than my ancestors, the „dangerous bud of literary ambition“ has begun to bloom inside of me very late. „The turning point“ (1952), the life-story of my uncle Klaus Mann told by himself, gave me the impulse to write my debut novel, an only scarcely veiled autobiography.

As time went by, I veered away from these beginnings with a number of fictional and essayistic works as well as with two multimedia projects. At present I’m preparing a five weeks lecture journey through the USA and Canada from coast to coast, while being committed as a Honorary Fellow of the Thomas Mann House in Pacific Palisades. The latter house was purchased by the German government and rededicated as a venue of transatlantic encounters. The tour consists of lectures and speeches at universities, colleges, academies and cultural institutions in the coastal regions of the west and the east, as well as in the heartlands of the United States. As a citizen of both countries the USA and Germany, I plead for a transatlantic dialogue as well as for an inner American dialogue between political parties and groups who more and more diverge one from another. I do this by telling a biographic and historical review of my family – especially with the younger generation in view.

“The long-term purpose of a powerful dialogic cooperation of people ensures the future of democracy”, said German Bundespräsident Frank-Walter Steinmeier.

This is why I want to visit as many high schools as possible during my journey, for the purpose to learn about the US young academic’s value system, their relations to their own country, to Europe and to the world.