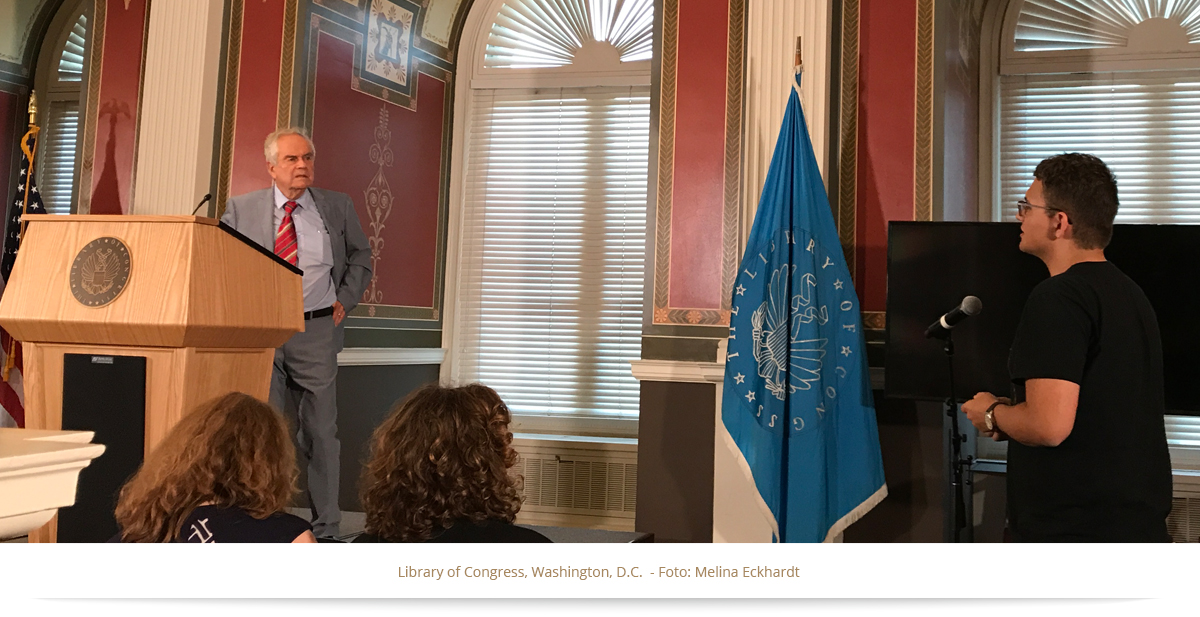 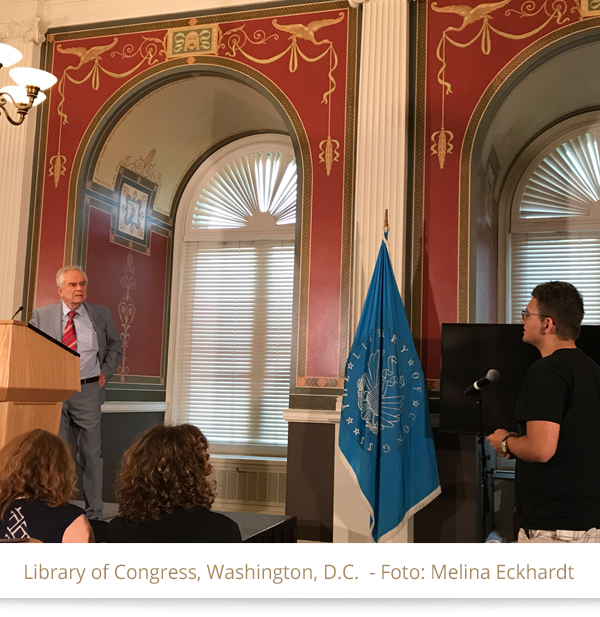 From the beginning of my lecture tour I have been looking forward to my today’s honored appearance at the Library of Congress with almost feverish excitement. The more I am thankful to have been able to participate in a class at Banneker Academic Highschool in Washington, a date arranged by the local Goethe Institute, because things here focused quiet practically on educational consolidation and a deep understanding of democratic positions in US-American adolescents. That concrete academic experience seemed to me as an even more solid foundation to transport the thoughts of my lecture “Democracy will win” to an illustrious and critical audience like the one in the House of Library of Congress later on.

The atmosphere of Washington’s government district alone, transmitting an environment of importance and power especially in front of the entrance to the impressive library building, situated between the House of Representatives, State Senate and the near Capitol, highly contributed to my inner attitude of conviviality. The latter was further intensified during a tour through the nearly endless halls, corridors and archives of the House, guided by German Area Specialist David Morris, who is in charge of the German letters and literature collection. He eventually brought to me original scriptures of Thomas Mann, an outstanding one of which was a handwritten correspondence between him and Sigmund Freud about, in a depth psychological point of view, remarkable analogies between the personality of Napoleon I. and the character of Joseph in the respective tetralogy*.

My lecture found an attentive and accepting response with its listeners. I was happy to present, from capital to capital so to speak, the included transatlantic message from the German Bundespräsident to my American compatriots. The more I emphasized, especially in terms of this message, the necessity of tireless dialog efforts not only between America and the European Union, but also within the particular nations, the more painful the audience expressed their distress and perplexity about the deeply fracturing polarizations and the alarming and escalating pauperization of dialog in their country during the ambitious, lively discussion that followed. Agreement was finally achieved in the repeatedly expressed hope, that those people who live in the metropolitan oases of a still intact culture of conversation, fulfil, in the long run and even beyond the presidential elections of 2020, a particular task: They are supposed to participate in the small-step buildup of a dialog, which is essential for the survival of democracy, using an intensified personal and professional exchange with their disadvantaged, neighboring rural and small town regions.