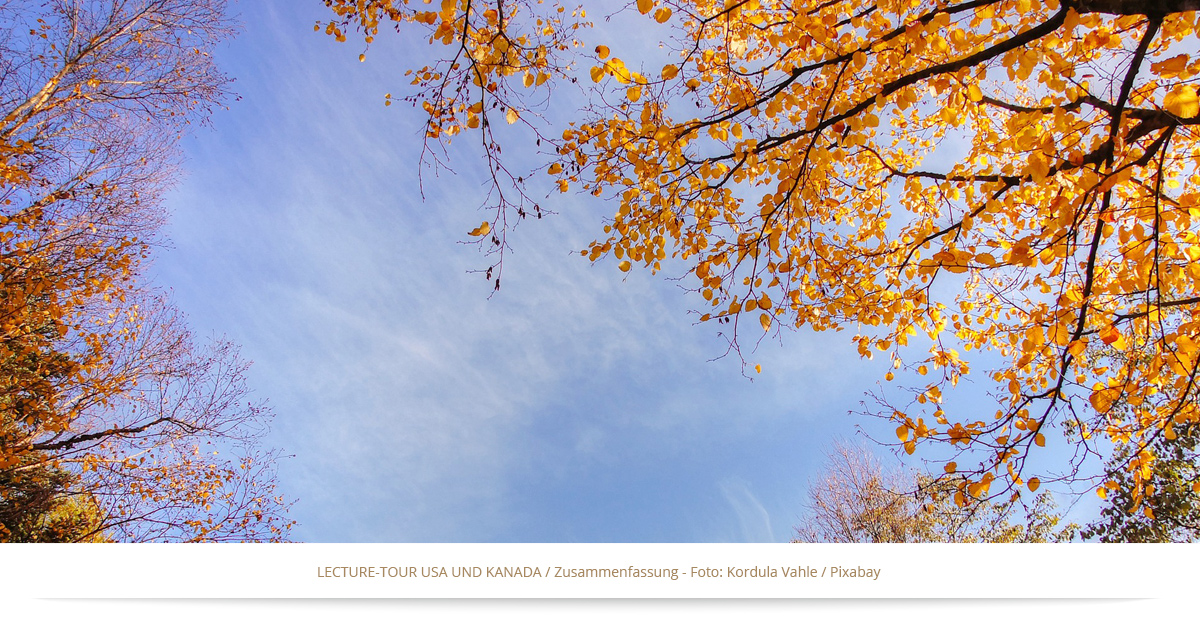 My meanwhile terminated lecture tour of nearly six weeks, leading from coast to coast through the USA and ending at the Toronto International Festival of Authors in Canada, had a mainly political purpose. It was supposed to contribute to the transatlantic dialogue initiated by German Bundespräsident and former foreign minister Dr. Frank Walter Steinmeier. This dialogue originated in the acquisition of the former Thomas Mann House in California by the German Government and its rededication into a transatlantic, interdisciplinary cultural center, following the task to strengthen our worldwide threatened free democratic order of state.

My efforts as a german-american double citizen to focus on the importance of open dialogue by giving lectures in twelve cities and meeting as many college- and highschool students as possible, were part of the 2018 started and now ending German foreign ministry’s German Year Program “Wunderbar together” on the one hand, as well as the mission of my ten days lasting Montgomery Fellowship at Dartmouth College in Hanover (New Hampshire) on the other hand. During my encounters with students and pupils I found myself entirely reassured that we have to involve the upcoming generation – nowadays taking notice of political and ecological issues all over the world and making themselves heard in a large chorus with full-throated, overdue demands – methodically into every open political dialogue.

The picture of the United States, that I got on my journey, was indeed that of a deeply fractured society, fearfully polarizing itself remote from any dialogue. I knocked on open doors with my plea for an open dialogue as the only way to survive in the big cities of the East- as well as the Westcoast of the USA, so that I was able to discuss the more precisely the hows and wherefores and the deeper humane dimensions of a fruitful and continuous dialogue with my partners there.

My efforts faced much more difficulties and partly also opposition in the Heartlands of the middle west and the geographic center of the country. One has to prepare oneself for a long drought until the US society’s equilibrium, which has been disturbed for a long period already, will be restored, even after an anticipated change of administration in 2020.

I felt, however, in all people of all regions, a still largely unbowed commitment to the equality of all citizens, according to its mention in the constitution’s preamble, which is visible especially in their day-to-day dealings, regardless of any political divergencies: We, the people. In the United States, minorities of different color and culture, who are in some regards still excluded, remain, contrary to European tradition, naturally and unaltered American citizens. Therefore, even the evangelical Messias-dictator in the White House hopefully won’t succeed in quashing down America’s democracy with lies and rabble-rousing.